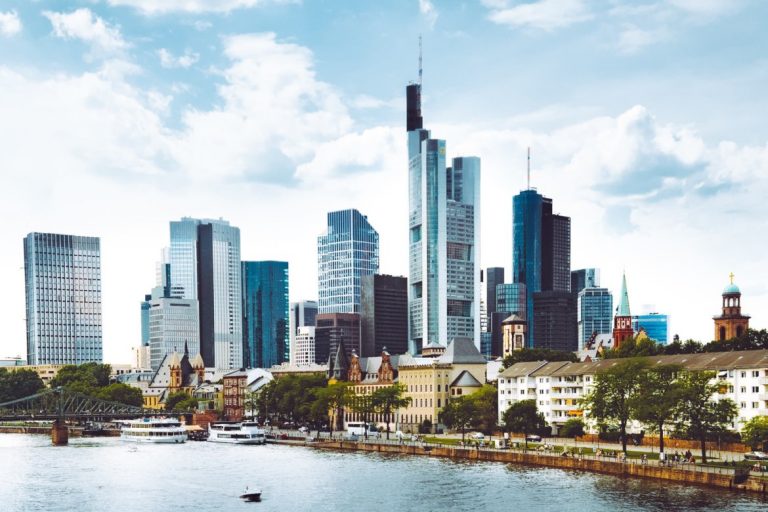 High-rise buildings are back in fashion! Stuttgart has got the exclusive residential tower Cloud No7, Frankfurt has been adorning itself with a skyline for years and continues to expand it. The highest building of the skyscraper ensemble Four, for example, is to rise up to 228 metres into the sky by the end of 2022. This will make it the third-highest high-rise building in Frankfurt after the Commerzbank Tower (259 metres) and the Messeturm (257 metres). In Berlin, the Upper West rises 119 metres into the sky alongside many other modern high-rise buildings. In Hamburg, between the Elbe bridges, as the entrance to HafenCity, such a landmark in the form of the 235-meter-high Elbe Tower is to be built by 2025. Munich is also planning to go up. Even though the cityscape of the old city may not be impaired by new buildings over 100 meters in the future, this does not apply to the rest of Munich. In the east of the city in particular (between Vogelweidplatz and Messestadt Riem) a number of high-rise projects are planned or already under construction. The Bavaria Towers are scheduled for completion by the end of the year, the tallest of them being 84 meters. Plans are also currently underway for an office building 115 metres high - this would make it the third tallest building in the city. Nevertheless, in comparison to projects from other cities, these appear rather modest and thus quite untypical for the self-conception of the Isar metropolis. These examples alone show that the demand for high-rise buildings is continuing to rise, due to the advancing urbanization and, above all, the scarcity of land in the cities, which is becoming more expensive. But what are the challenges in high-rise construction? In addition to the strict building regulations and fire protection requirements in Germany, the height of skyscrapers is also limited by regional guidelines for cityscapes. In Frankfurt, for example, there is the skyscraper framework plan, which essentially limits the construction of skyscrapers to the city's banking district and neighboring districts, thus significantly influencing the image of the city and its skyline. In Munich, building heights were oriented to the height of the Frauenkirche (100 meters) until the 1980s. In the meantime, this guideline only applies to Munich's Old Town. At the entrance gates of Munich in the north (Schwabing), west (Donnersbergbrücke/ Hirschgarten) and east (Trudering-Riem), more and more high-rise buildings have been planned and realized since the 1990s. In Hamburg, too, the traditional cityscape is the focus of the high-rise plan. The planned Elbe Tower is to remain the only skyscraper in Hamburg and, as a prominent point, will mark the entrance to the city through the newly developed HafenCity without changing the traditional city silhouette of the church towers. There are no concrete framework plans in Berlin so far, but these are to be worked out by 2019.

In Germany, compared with Dubai (Burj Khalifa 828 metres), the Shanghai Tower (632 metres) or the United States (One World Trade Center 541 metres), we are not building "real" high-rise buildings, strictly speaking. Most of the time, the end is at 200 meters, which seems almost small by global standards. By definition, however, buildings over 22 meters are already considered high-rise buildings, which has to do with the turntable ladders used by the fire department. Up to this level, the fire brigade can fight a fire with a turntable ladder, but in addition they have to use the staircase and elevators and extinguish the fire from inside. Since escape to the outside is not possible and the building must protect both its occupants and the fire brigade, and the turntable ladder is therefore the only escape route, fire safety is one of the central issues in high-rise buildings. It has proven to be a proven solution, for example, to keep the elevator anteroom noise-free by means of overpressure, thus allowing people to evacuate in the safe core of the building.

Building a high-rise building is not that difficult, because the floors often differ only slightly in their floor plan. Of course, when planning the technical building equipment, you have to calculate precisely that water will also arrive on the 30th floor and that the elevator systems will get people to their destination comfortably and quickly. Compared with areas in Asia and America, we do not live in extreme earthquake zones, so that only a manageable amount of work is required to secure the buildings accordingly. Nevertheless, a high-rise project requires exact planning and precise site organization. This is due in part to the location, as there is often no storage space in cramped inner cities. The building material has to be lifted directly from the truck with a crane to where it will be installed. In addition - in contrast to "normal" buildings - many trades take place simultaneously. For example, while the upper floors are still filled with prefabricated concrete elements for the shell, the façade "grows" again on the lower floors. Inside the building, the first preparations are also being made for the technical building equipment. Experts in planning and execution are therefore required to prepare for this logistical challenge with a great deal of experience and organization in order to coordinate hundreds of construction workers in the most varied trades in the smallest of spaces.

In the meantime, innovative founders of start-ups have also seen this challenge and are trying to find solutions. The Berlin-based company Sablono, for example, has developed software that helps to map all processes and control them in an agile manner. Still others rely on the conventional use of lean management technology to optimize the construction process. This method is particularly suitable for high-rise building construction because it has a high repetition factor. Moreover, the processes generally follow the same logic and enable the parties involved to optimize the process at all times.

The trend towards high-rise buildings will certainly continue in the coming years. The potential for the redensification of space is too high, and the urge to move into cities is too great. We will probably also see increasingly bold concepts in the coming years. So a pool on the roof terrace could soon be a standard feature and we can look forward to new and exciting ideas from planners and project developers - and that will certainly also bring new challenges in construction.